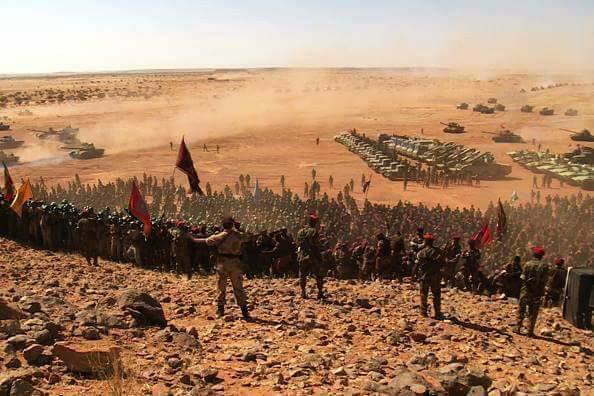 Forces loyal to the Presidential Council said they had found documents at the pro-Khalifa Haftar military governor of the southern region that demand facilitation for the movement of Sudanese Justice and Equality militias between Al-Jufra and Sabha.

The orders on the documents that were issued by pro-Haftar Al-Jufra operations room’s commander Ali Saad show that all checkpoints in the area must facilitate the movement of a leader of the Sudanese militias along with armed vehicles from Al-Jufra to Um Al-Araneb then to Sabha.

The orders also allowed the senior leader of the Sudanese militias Abdelmajid Sanin who fights for Zilla Martyrs Brigade to move from Zilla to Um Al-Araneb with three vehicles.

The documents also showed orders to issue military IDs for the Sudanese Justice and Equality fighters, besides providing them with fuel for their vehicles as per the orders of pro-Haftar Al-Jufra operations room.

Last Thursday, a force loyal to the Presidential Council controlled the headquarters of the southern military governor in Sabha along with other locations and vital institution as Dignity Operation forces had pulled out from the city.