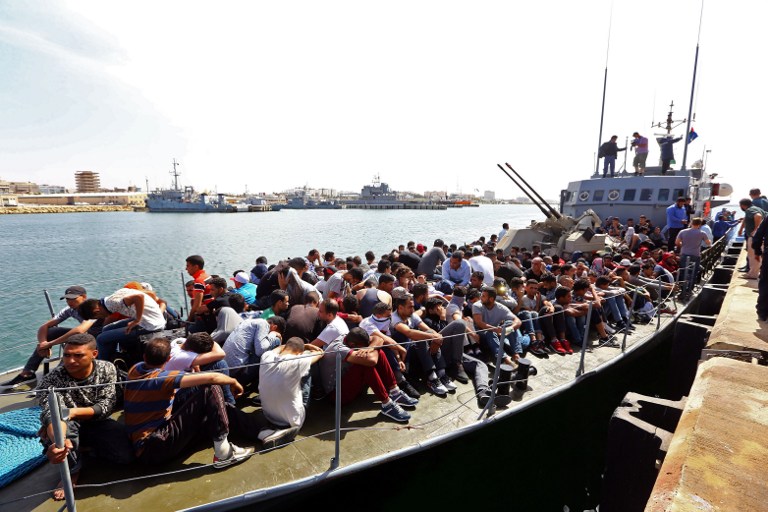 Illegal immigrants, who were rescued by the Libyan coastguard in the Mediterranean off the Libyan coast, arrive at a naval base in the capital Tripoli on May 10, 2017. / AFP PHOTO / MAHMUD TURKIA

The African Union (AU) announced, on Wednesday, its intention to repatriate 20,000 immigrants from Libya in the next six weeks.

A statement by the AU said the Joint African Union-European Union-United Nations Task Force immediate priority was “the repatriation, within the next 6 weeks, of the 20,000 migrants currently in identified Government-controlled detention centers who have expressed the wish to leave Libya.

The organization also works to secure consular services for stranded migrants in Libya as well as guarantee airlines’ right to land in Libya to transport them, the statement said.

The Task Force expressed appreciation to countries that have already pledged to support the returns from Libya, urging other member states to do the same.