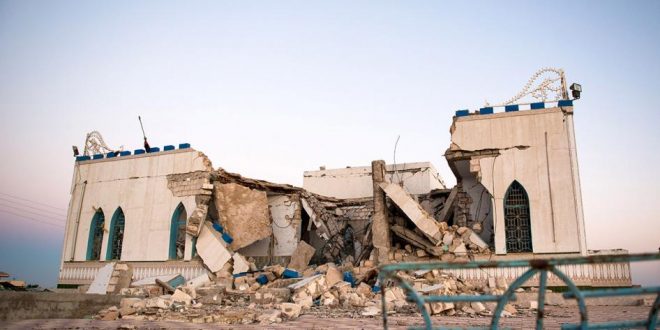 Human Rights Watch has condemned a series of attacks against Sufi shrines in Libya carried out by “extremist” militia groups.

Unidentified assailants torched the Zawiyat Sheikha Radiya – a historic Sufi mosque in Tripoli last month on the eve of a feast marking the birthday of Prophet Mohammed leading to heavy damage.

The anniversary is widely celebrated by Sufis which are denounced as “idolatrous” by many Salafis.

“Sufi religious sites are under assault in Libya,” the New York-based rights watchdog said after two attacks in the capital Tripoli over the past two months.

HRW said Sufi shrines have come under attack in Libya since the 2011 uprising that toppled and killed dictator Muammar Gaddafi.

After the revolt the country descended into chaos with rival militias and administrations vying for power.

“Successive interim authorities since the 2011 uprising and across Libya have failed to protect Libya’s Sufi religious sites from attacks and destruction by extremist militias,” HRW’s Eric Goldstein said.

HRW said armed groups in Libya “motivated by religious ideology, have attacked and destroyed dozens of Sufi religious sites” since 2011, and kidnapped and killed Sufi followers “with impunity”.

The first attack on Sufi sites took place in October 2011 with the destruction of the al-Masry shrine in Tripoli, said HRW.

The following month armed groups destroyed tombstones at the Girgaresh cemetery in Tripoli and damaged the Sidi Nasr shrine, also in the capital.

In much of the Muslim world, Sufism has for centuries been accepted and practised by mainstream Muslims and Sunni Islam’s most important theologians.