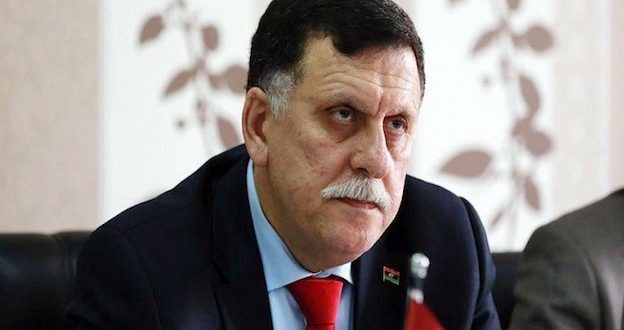 The head of the Presidential Council (PC) of the Government of National Accord (GNA), Fayez Al-Sarraj, told Asharq Al-Awsat newspaper that there are some factions are working against holding the general elections in Libya.

According to the newspaper, Al-Sarraj said that “they do not support holding elections in Libya, fearing that they will be ousted from the political scene.”

About his visit to Cairo, Al-Sarraj stated that “my visit to Egypt comes within the framework of consultations with President Abdel Fattah Al-Sisi.”

In the same context, Al-Sarraj told Al-Wasat website that he talked to the Egyptian President about what is being raised about 17th of this month and agreed that the Political Agreement should be the reference to solve the political crisis in Libya.

He added that all parties stressed that any sabotage action on the mentioned date would confuse the political scene.

From his side, the United Nations Envoy to Libya, Ghassan Salame, confirmed, on Wednesday, that the United Nations refuses any attempts to exploit the date of 17th December as a pretext to move against the current political operation. He stressed that the mentioned date could not affect the Political Agreement.

Salame stated that achieving the elections needs time and significant efforts to create the circumstances and the political, legal, security, and technical conditions to pave the way towards the general elections.

On the other side, the head of the house of Representatives (HoR), Ageela Saleh, told Al-Wasat website that he supports holding the presidential and parliamentary elections because it is the only way to end the crisis and finding the legislative authority in Libya.

Moreover, Saleh confirmed that he wouldn’t nominate himself as a candidate in the parliamentary elections.

It is worth mentioning that some supporters of the commander of the Dignity Operation, General Khalifa Haftar, protested, last few days, in Benghazi and other areas in the eastern side of Libya and destroyed the boards of the elections. The protestors wanted to send out a message that they are against the elections, calling the Libyans not to register or participate in voting.

Furthermore, they had chanted against the elections in the eastern side of Libya and called for mandating Haftar to become the president of Libya without votes.

In addition to that, some social media activists had circulated, on Facebook, a statement from Haftar’s headquarters directed to Salame saying that Haftar’s army is supporting the attacks on the elections’ centres.

About that, the spokesperson of the Haftar’s forces, Ahmed Al-Mesmary, stressed that the statement was forged.