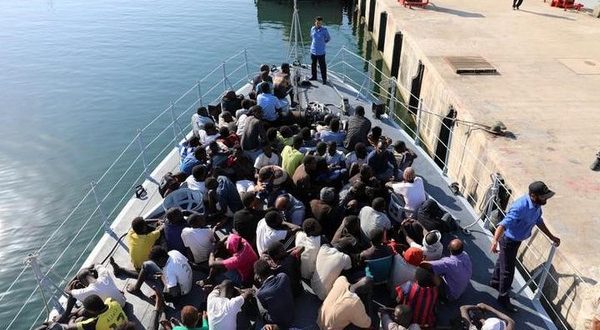 There are 700.000 illegal immigrants in Libya, 30.000 of whom are in detention centers across Libya, revealed Milad Al-Saadi; the media advisor of Libyan Anti-Illegal Immigration Authority (AIIA).

Al-Saadi told the Italian news agency Aki that about 13.000 immigrants were deported this year in cooperation with the International Organization for Migration (IOM).

“Most Arab and African countries are cooperative with the AIIA in terms of the repatriation of their nationals, except Algeria.” Al-Saadi added.

He explained that Morocco started just days ago to cooperate with the AIIA via an official delegation in Rabat, which will allow the repatriation of 265 Moroccan immigrants by the end of the week.

Meanwhile, the European Union, African Union, and the United Nations all admitted to the challenges posed in the efforts for protecting and repatriating 700.000 immigrants to their home countries from Libya, especially that most of them are in placed where the government has no control.

IOM said earlier that 16.000 immigrants had been deported to their countries of origin, adding that it has gotten a plan that will see other 15.000 repatriated before the end of next February.