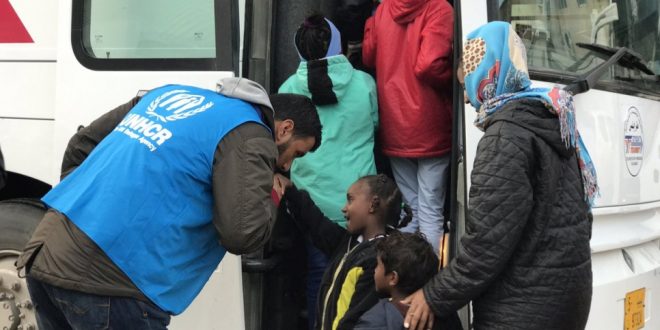 About 10000 people stranded in refugee camps and detention centres in Libya could be relocated to Europe in 2018, the Italian government said on Sunday.

This initiative is going to be part of an attempt by EU countries to address the deteriorating conditions in Libya, where thousands of people are held captive in inhumane conditions, according to the Italian government’s statement.

“In 2018, up to 10,000 refugees will be able to come to Europe without risk, through humanitarian corridors,” Italian Interior Minister Marco Minniti said in an interview with the newspaper La Repubblica.

The announcement comes after a group of 162 “vulnerable” people, from Eritrea, Ethiopia, Somalia and Yemen, were evacuated from Libya and arrived by military plane in Rome on Friday.

About 400,000 migrants are in Libya, including roughly 36,000 children, the UN children’s agency UNICEF and the International Organization for Migration (IOM) said earlier this month.

In 2018, the IOM aims to repatriate 30,000 migrants to their home countries as part of a voluntary return programme. Around 15,000 have been sent back this year.