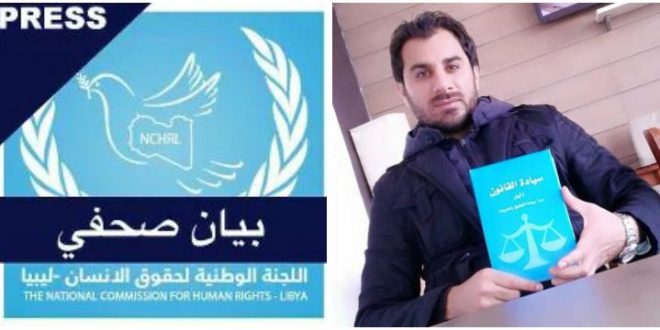 The NCHRL said in a statement on Friday that it’s deeply concerned about the fate of Jamal who was arrested on Tuesday outside the Kids’ Theater by an armed group led by Ali Al-Amrouni.

“His fate and detention place are not yet known,” the rights group confirms, adding his detention is a violation of the provisions of the International Covenant on Civil and Political Rights and the Universal Declaration of Human Rights.

The NCHRL indicated that the reasons for his detention are also not known and held the Dignity Operation Room and Benghazi Joint Security Room responsible for his safety.

It also called on chief commander of Saiqa forces Wanis Bu Khamadah to intervene and secure his release, urging so-called “the General Command of Libyan Army” to stop all forms of arbitrary detention, violence, threats and incitement against journalists, civil society activists, human rights defenders and women activists by armed groups affiliated with “the General Command.”