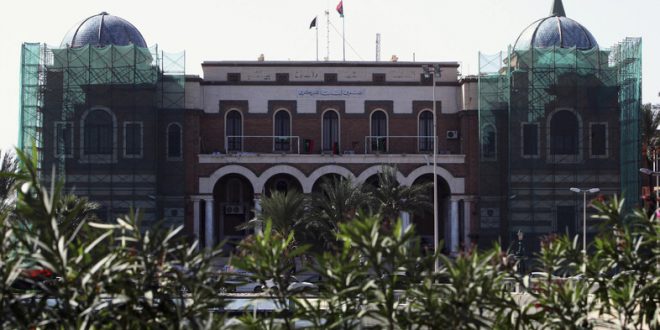 The Central Bank of Libya (CBL) has denied in a statement Tuesday any favoritism or nepotism in the granting of Letters of Credit to the businessman in Libya.

The CBL explained that the businessmen who attended the meeting with the Presidential Council for the approval of the imports budget of 2018 were only there to provide their experiences regarding the same issue, since they had tackled such a matter in 2017.

The CBL is responding to bitter-criticism by official and ordinary Libyans who accused it of favoring certain businessmen for the letters of credit to import the necessary goods and hence own the market and become the ones benefiting off the suffering of Libyans.

Meanwhile, the head of the Libyan’s Audit Bureau, Khalid Shakshak, has sent a threatening letter to Libya’s U.N.-backed government and the Central Bank of Libya (CBL) to stop all letters of credit if the officials and authorities did not take the needed measures to reform the dubious economy in the country.