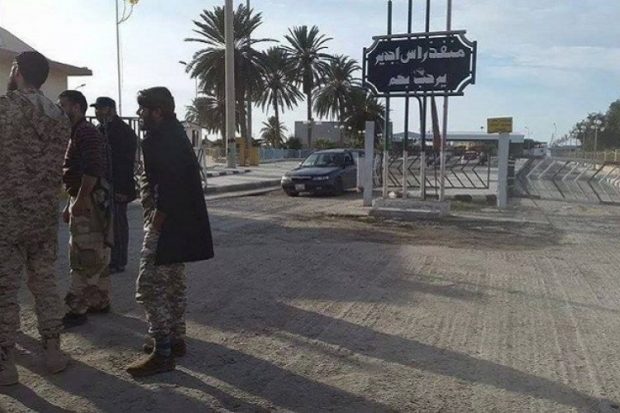 A freeze on military operations near the tense Ras Jedir border has been declared after talks between Zuwara municipality and the Presidency Council (PC).

The mayor of Zuwara, Hafez Ben Sassi, told the Libya Herald he had asked Presidential Guard chief Colonel Najmi Al-Nakua to resolve conflict whicj arose after pro-PC forces moved on nearby Abu Khamash. The region had been under the control of largely Amazigh forces from Zuwara. At least three people died in yesterday’s clashes.

Ben Sassi said he was confused as to why forces led by Usama Juwaili, the western region military commander appointed by the PC, moved on the border areas with tanks and heavy artillery yesterday morning. The mayor accused Juwali of seeking to take the border despite a  local force being given the job of after Ras Jedir. He also said the region had been completely stable until Juwali came in.

Furthermore, Ben Sassi said it was unclear if the PC had ordered the attack. In talks with PC head Faiez Serraj and his team, the Zuwara mayor revealed they refused to confirm or deny their involvement.

In a statement, Brigadier-General Hafez Al-Ghali said he had been appointed by the Presidential Guard to protect the Ras Jedir border since 2016. He called on the PC to order Juwali to put an end to the attack.

Al-Ghali  said he would keep in contact with the Ministry of Defence and await orders .

Meanwhile, earlier today Juwali told a Libyan radio station his move was simply the first phase of a wider plan that sought to establish “state control” over the road leading to the border so people could move freely.

He also asked that everyone cooperate to reduce “smuggling and conflict” and requested the Ras Jedir border, closed yesterday, remain shut. This afternoon, it was reopened.