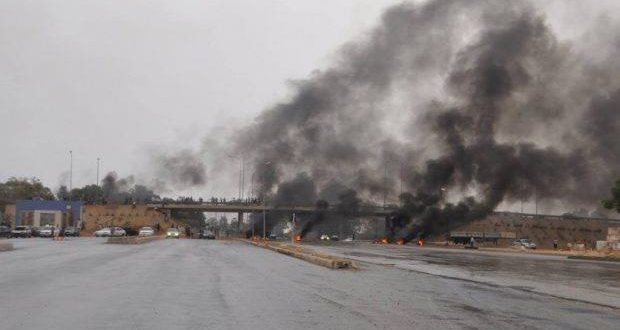 The notorious and heavily armed Kani Brigade from Tarhuna attacked Garabulli, some 50 km’s from Tripoli earlier today, adding more tension to the often conflict-ridden town. They withdrew their forces tonight.
The kidnapping of two Kani members, and the killing of one, by a gunman from Garabulli is understood to have sparked the offensive.
It is unclear just how much control the Kani Brigade has, with some reports saying they hold all of Garabulli and others suggesting only parts. Nonetheless, it entered the outskirts of the town carrying heavy weapons and accompanies by tanks this morning.  The area has been declared a military zone.
Garrabulli had been under the control of nominally pro-Presidency Council (PC) fighters.
In a statement, Garabulli Municipal Council said that the centre of town had not been occupied and demanded the Kani Brigade leave immediately and warned the situation would escalate if it continued to stay further. The town was normally safe and there would be demonstrations “against any military intervention from outside” Garabulli, the council added.
Typically, the Kani Brigade has been seen as supportive of Khalifa Ghwell and his supposed National Salvation Government and was previously part of Libya Dawn.
Last summer, Garabulli was the site of numerous clashes between pro-PC fighters and those backing Ghwell, though the Kani has not always been involved.
Security ForcesSecurity Situation
Tripoli
2018-01-07
asaeid
Previous Two migrants dead, 290 rescued off Libya coast
Next Libya-Tunisia crossing resumes work after clashes