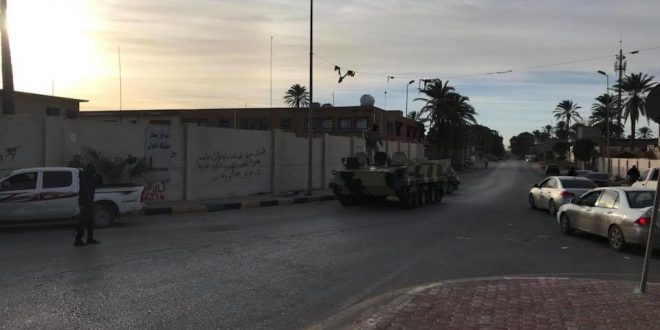 “UNSMIL reminds all parties in the Greater Tripoli area of their moral and legal obligations to safeguard and protect civilians and civilian installations. Direct or indiscriminate attacks against civilians are prohibited under international humanitarian law.” UNSMIL tweeted this evening.

According to the numbers issues by the Health Ministry, 20 people were killed and 63 others were injured in the fierce clashes that broke out in the vicinity of Mitiga Airport between Brigade 33 of Tajoura district and Special Deterrent Force (SDF) that is in control of the airport.

Brigade 33 started the fighting when it attacked Monday morning the airport in an attempt to free prisoners jailed by the SDF.

Meanwhile, the Head of the Presidential Council, Fayez Al-Sirraj, issues an order to dissolve the Brigade 33 Infantry for its part in starting the deadly clashes around Mitiga Airport.

“All the vehicles and weapons of Brigade 33 Infantry shall be possessed by the General Staff and the fighters under the command of the brigade shall be joining other army brigades as the Recruitment and Administration sees fit.” The Presidential Council’s order reads.

The clashes also caused huge damage to Libyan Airlines and Afriqiyah Airways planes, obliging them to transfer their planes from Mitiga Airport to the other locations.