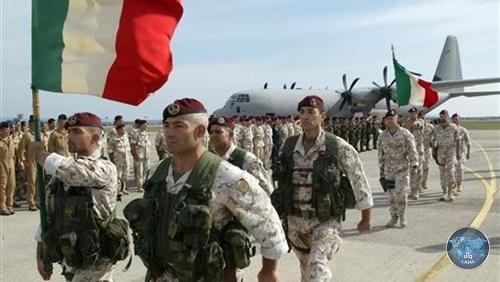 The House of Representatives’ (HoR) Defence Committee has deplored the Italian Parliament’s vote to increase its country’s forces in Misrata.

In the statement released by the HoR yesterday, it stated that it considered this action as a violation of the sovereignty of Libya. The HoR said that the Italian Parliament’s increase in the number of its forces in Libya is an acknowledgement of the presence of Italian troops – a fact that Italy had previously denied.

Meanwhile, the Italian embassy in Tripoli stated that there was no change in the situation. On its twitter feed it reported that inaccurate information is circulating in the media about yesterday’s vote by the Italian parliament. In fact, nothing has changed, it stressed.

It went on to say that cooperation continues to be based on full respect for Libyan sovereignty and mutual friendship. Italy is committed to providing Libya with the necessary technical assistance to assert its sovereignty, the comment said.

In February 2017, Italian Ambassador to Tripoli Giuseppe Perrone visited eastern Libya and met with HoR president Ageela Saleh in an attempt to allay their fears about what the east see as Italy’s biased position towards western Libya.