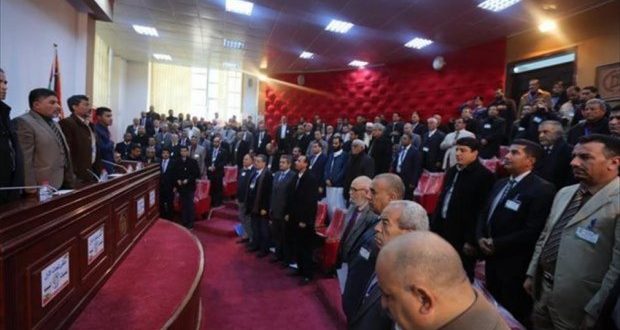 Libyan mayors agreed in their first gathering in Shahat in east Libya to hold parliamentary and presidential elections in Libya, as per their final statement on Tuesday.

The mayors reiterated the unity of Libya and the rejection of any foreign intervention or presence on the Libyan land and in the territorial waters, renouncing all kinds of terrorism and radicalism.

“We call on the UN envoy to Libya to speed up the end of the political stalemate in the country and to take up its responsibility to find a solution to the Libyan dilemma so that the hindrances to the elections can be first spotted then dealt with, so the elections can hold as soon as possible.” The final statement of the gathering reads.

It also called on the House of Representatives and the High Council of State to assume their responsibility and end the current division so that they can form a unity government.

“If those demands were not answered, then we will escalate the situation and go on civil disobedience and form a national unity government.” The mayors threatened.

Shahat city announced hosting the first gathering of Libyan mayors amid absences from west Libyan municipal councils in protest of the dismissal of elected mayors in eastern Libya and replacing them with military figures.