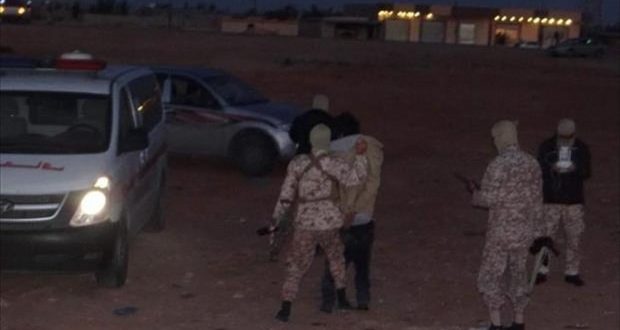 The Libyan authorities on Tuesday freed a group of Sudanese migrants that were being held and tortured by suspected human trafficking gangs.

The freed hostages were transferred to a hospital in the city of Sirte for treatment.

The traffickers had reportedly demanded a ransom of up to 250 million Sudanese pounds (roughly $8,000) for each victim.

The Ministry of Interior of the Government of National Accord (GNA) said it arrested four men involved in the kidnapping.

The ministry coordinated the security operation with local forces in Sirte.

To date more than 6,000 Sudanese citizens have crossed into Europe through Libya – typically departing from either Khartoum or North Darfur.

Sudanese migrants en route have been intercepted and detained by smugglers, which then demand ransom money from their families back in Sudan.

The latest kidnapping incident included the release of social media footage of five Sudanese men being detained and tortured. The men were also forced to record distress calls to their families requesting they pay the ransom.

According to the Libya Observer, Libyan Ambassador to Sudan Ali Mahrouq apologised for the incident, saying it was “inconsistent with the values and morals of the Libyan people”.

Earlier in November CNN aired footage showing African migrants being sold off to buyers during a live auction – an incident that triggered international outrage.