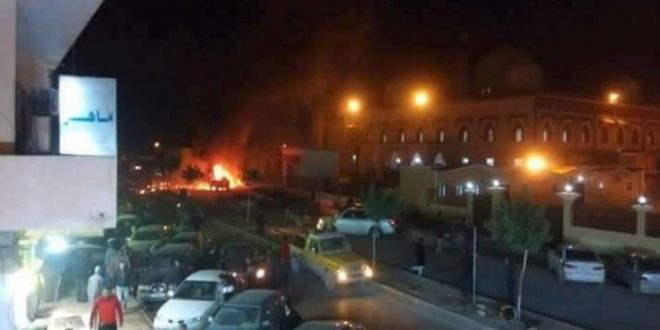 A double car bombing in the east Libyan city of Benghazi on Tuesday left at least 33 people dead and dozens more wounded, including senior security figures and civilians, officials said.

The twin explosions shattered the relative calm that had recently returned to Libya’s second city, scene of more than three years of warfare from 2014 until late last year.

The first blast struck outside a mosque in Benghazi’s central Al Salmani district as worshippers were leaving evening prayers.

Some 10 to 15 minutes later, after security and health officials had arrived on the scene, a second, more powerful blast was detonated from a Mercedes parked on the opposite side of the street, hitting an ambulance and causing a higher number of casualties.

One of those killed was Ahmed al-Feitouri of the investigation and arrest unit attached to the general command of east Libyan security forces. A senior intelligence official, Mahdi al-Fellah, was among around 50 wounded, officials said.

The victims also included civilians, among them an Egyptian national employed in a vegetable shop in front of the mosque. Health officials said the toll could rise because some of the wounded were in critical condition.

It was not immediately clear who was responsible.

Forces loyal to eastern-based commander Khalifa Haftar prevailed in Benghazi’s conflict after protracted urban battles against Islamists and other opponents that left parts of the port city in ruins.

There were several bombings during the latter stages of the conflict targeting figures linked to Haftar’s Libyan National Army (LNA), but Tuesday’s casualty toll was far higher than usual.

The LNA claimed victory in Benghazi in July, but sporadic clashes dragged on until last month, when it took control of its rivals’ final holdout.

It has imposed strict military controls on Benghazi and other parts of eastern Libya.

The fighting in Benghazi was part of a broader conflict that developed in Libya after former ruler Muammar Gaddafi was removed from power and killed in a NATO-backed uprising in 2011.

The North African nation has had competing governments aligned with rival military factions based in Tripoli and the east since 2014.

The eastern government, which is aligned with Haftar’s LNA and opposes an internationally backed government in the capital, declared three days of mourning after Tuesday’s attack. 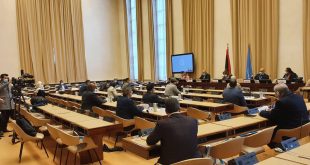