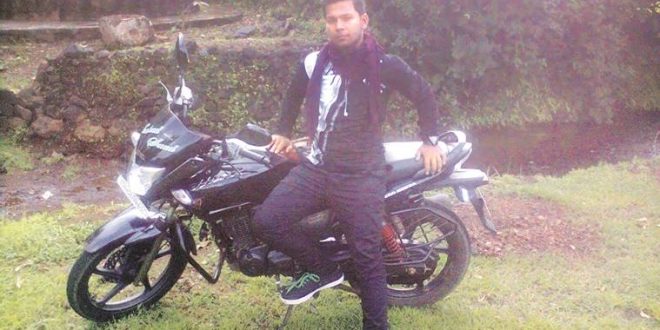 Indian national who joined IS terror group jailed in Libya

The Indian Ministry of External Affairs said it had recently received information from Libyan authorities saying that an Indian national named Tabrez Tambe, who fled the country in January 2016 to allegedly join IS terrorists, is in a Libyan jail as a prisoner of war.

The Indian Express reported that the Maharashtra Anti Terrorism Squad (ATS) sent a letter to Libyan authorities seeking details of this detention.

“The state counter terrorism agency followed up with the Libyan authorities by sending a letter that has still remained unanswered,” said a senior official from the Indian state home department who is privy to developments in the case.

“This could be the first case in the country and definitely in the state where an official request has been sent to the court of a foreign country to bring an IS operative to trial,” added the official, according to the Indian Express.

The official added that in January last year, Tambe’s younger brother Saud had written to the Indian ambassador in Libya, seeking help in locating and rescuing his brother from the war-torn country.

“In January 2016, claiming to have bagged a job in Egypt, he allegedly fled with Ali to join IS, the news website added.

“The first lead came when Tambe was identified by Dr Ramamurthy Kosanam, a doctor from Andhra Pradesh who was rescued and brought back to India in February 2017. Dr Kosanam had been held captive by IS militants for around two years. He identified Tambe as a medical attendant in the hospital where the doctor was forced to work by the militant group. “According to the Indian Express.

Upon his return, an ATS team visited him and showed him Tambe’s photographs. Through the photographs, Dr Kosanam identified him and informed us that he was working as an attendant, the official told the news website.

“After the identification, security agencies mounted efforts to track him and subsequently the Libyan authorities confirmed Kosanam’s claims and informed the Indian agencies that he was in their army’s custody,” the website added.