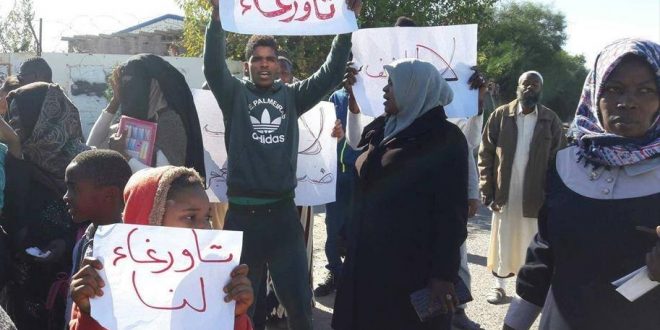 The Misrata municipality has issued a statement calling on the Presidential Council to delay the return of the Tawergha displaced community to their city, which is set up to be on February 01.

The municipality of Misurata said they had not received the compensations assigned to Misrata people by the agreement between them and Tawergha, which could eventually see Tawerghans allowed to return to their burnt city on February 01.

The statement was posted on the municipality’s Facebook page just hours before February 01 dawned.

Until this moment, there has been no clue to whether the displaced population would start marching back in return to their city or not, with no reply from the Presidential Council yet.