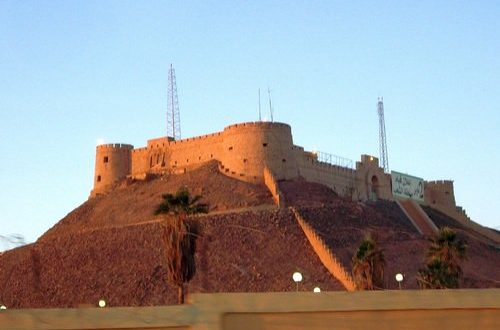 The town is now largely quiet, though occasional shots can still be heard locals told the Libya Herald. Last night saw heavy artillery strikes and extensive gun battles between the two sides, though exact casualty figures are unclear at this stage.

Fighting near the historic Fort, seriously damaged in early 2014, is particularly fierce and has often been a focal point for conflict in the past.

Violence broke out on Sunday when a figure inside a blacked out car belonging to a member of the Awlad Sulieman opened fire on three Tebu at a café. Ahmed Adel was killed and his two friends injured.

The attack took place in Nassirya district in the north of Sebha, an ethnically mixed neighbourhood in comparison to other parts of the town.

Retribution was swift with Tebu brigades killing an army officer and policeman, both understood to be Awlad Suieman.

Events over the recent days underline how the Rome peace deal agreed between the two sides and the Tuareg remains very fragile. Observers have not been optimistic the accord would hold and their cynicism appears well founded.

Presidency Council Deputy Abdulsalam Kajman has often had to step in and mediate when tensions rises between the various groups.

Meanwhile, four members of ISIS were killed and a civilian injured yesterday in Brak Al-Shatti. The ISIS fighters were looking for food on the outskirts of the town but came under attack from locals supportive of the Libyan National Army.