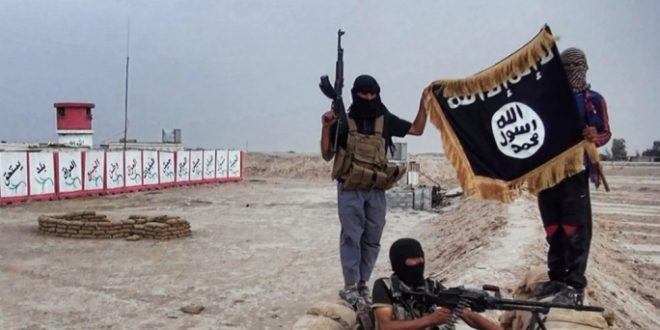 Three militants from the so-called Islamic State (IS) were killed and others wounded as Petroleum Facilities Guard (PFG) forces thwarted an attack by the terrorists on Zallah, central Libya.
The clashes between the PFG, which is allied with the self-styled Libyan army led by eastern strongman Khalifa Haftar, and IS militants broke two days ago and continued intermittently until they got tense Saturday around Zallah area, where sources reported on local media that three terrorists were killed by the PFG and others were injured.
IS terrorists were defeated in December 2016 in their stronghold in Sirte, from which the remaining militants set off to hideouts in valleys and desert areas in central Libya.
Local media also reported that on Friday, clashes between the two groups led to the killing of two IS militants and one PFG fighter.
Natural Resources GovernanceSecurity Situation
Jufra
2018-02-03
asaeid
Previous Sharp rise in civilian casualties across Libya in January: UNSMIL report
Next Libyan coastguards rescue 362 migrants off western Libyan shores