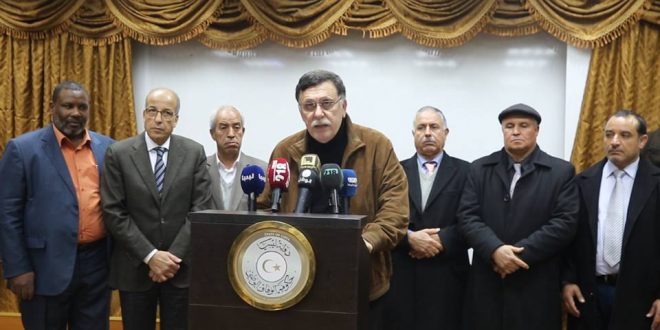 The Libyan Presidential Council of the Government of National Accord (GNA) has condemned in a statement the attack by Misurata armed groups on the Tawergha IDPs makeshift camp in Qararat Al-Gatif near Bani Walid town on Sunday.

The Presidential Council said that the reckless acts of the armed group and the shooting that happened at the camp of the innocent IDPs are ways to undermine the reconciliation efforts between Misurata and Tawergha.

“Such acts will only lead to more division and fragmentation in the country.” The Presidential Council added.

Meanwhile, armed groups attacked Sunday evening the IDPs from Tawergha city who were staying in the open air near Bani Walid town after they were banned from entering Tawergha on last Thursday.

The Presidential Council ordered the return of the IDPS from Tawergha to their city as per an agreement between Misurata and Tawrgha.