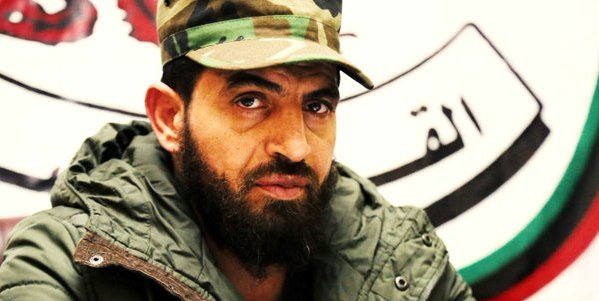 The media office of Al-Saiqa Force of Operation Dignity forces led by Khalifa Haftar in eastern Libya announced Thursday that Mahmoud Al-Werfalli was released today after finishing the investigation on war crimes with him.

Mahmoud Al-Werfalli, who is wanted by the International Criminal Court (ICC) over the alleged summary execution of dozens of people has handed himself in to the military police in eastern Libya, he claimed in a video on social media.

Last month, the United Nations called for Al-Werfalli to be handed over to the ICC immediately.

The media office said Al-Werfalli is free and now is operating in his post, according to local sources.

Last night, protesters loyal to Al-Werfalli blocked Benghazi main roads and burnt tires in protest of the arrest of Al-Werfalli by Haftar’s son, Khalid, and his brigade 106 forces.