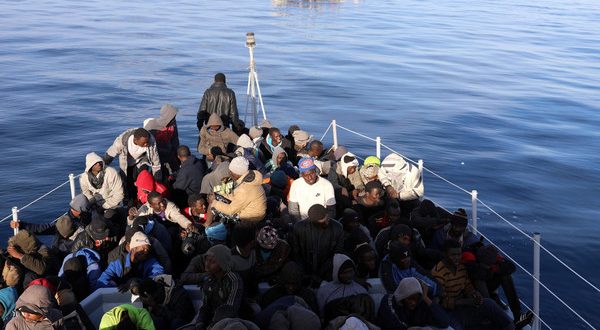 The United Nations said most armed groups involved in human trafficking in Libya have links to the country’s official security institutions.
UN sanctions experts said in a confidential report to a Security Council committee seen by Reuters, smugglers operating with impunity in Libya have sent hundreds of thousands of migrants to Europe, mainly Italy, by sea since 2014.
They said thousands have died during the voyages.
“Armed groups, which were party to larger political-military coalitions, have specialized in illegal smuggling activities, notably human smuggling and trafficking,” experts reported to the 15-member Security Council committee.
They said most of these armed groups “were nominally affiliated to official security institutions.”
The experts were reporting on an arms embargo and targeted sanctions that the UN Security Council imposed on Libya in 2011 when former leader Muammar Gaddafi’s forces cracked down on pro-democracy protesters.
Eritrean migrants told the sanctions monitors they had been arrested by the Special Deterrence Force (SDF), which is an armed group affiliated with the internationally recognised Government of National Accord’s Ministry of Interior, the report said.
The migrants said the Special Deterrence Force handed them to various smuggling rings.
“The panel is assessing whether the SDF’s leadership was aware of collusion and trafficking being conducted within its ranks,” the sanctions monitors wrote.
They also noted: “The panel is concerned over the possible use of state facilities and state funds by armed groups and traffickers to enhance their control of migration routes.”
The SDF denied the allegations.
The force “has nothing to do with smuggling”, SDF spokesman Ahmad Salem told Reuters in a written statement.
“It is fighting illegal immigration and has arrested many smugglers”, he said.
International agencies told the sanctions monitors that Libya’s Directorate Combating Illegal Migration had no control over its 24 detention centres.
Migrants told the UN monitors that local armed groups controlled the centres they stayed in.
So far this year, just over 3,500 migrants are recorded to have crossed from Libya to Italy, about 60 percent fewer than during the same period last year, according to the Italian Interior Ministry.
Humanitarian IssuesSecurity ForcesTrafficking and Migration
All
2018-02-08
asaeid
Previous Al-Werfalli released after one-day long investigation
Next New SANA Briefing Paper investigates challenges to measuring casualties in Libya