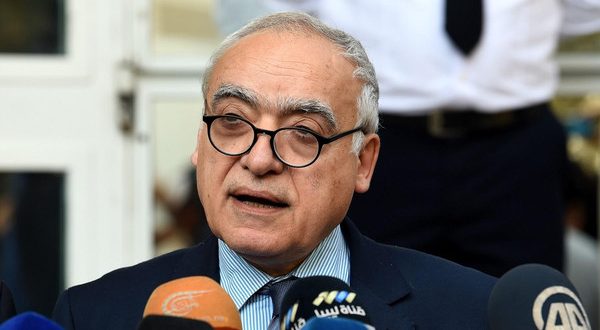 Ghassan Salame, special representative to the Secretary General of the United Nations for Libya, holds a press conference in the Tunisian capital Tunis on October 21, 2017. / AFP PHOTO / FETHI BELAID

UN: Libya not ready for elections

The UN envoy to Libya, Ghassan Salame, announced yesterday that requirements are still needed to be met before elections can be held in Libya.

Speaking with a delegation from Zawiya, Salame explained that a constitutional framework prior to elections is needed to “combat corruption; limit foreign interference in Libyan affairs and return of all IDPs”.

“Voter registration must be completed and a referendum law must be established prior to holding a referendum on the constitution. It’s logical to have a constitutional framework before embarking on elections.”

Salame also spoke of his concern regarding the smuggled weapons that are still flowing into Libya due to the porous borders. “Collecting more than 20 million pieces of weapons in Libya is a great challenge,” he added.