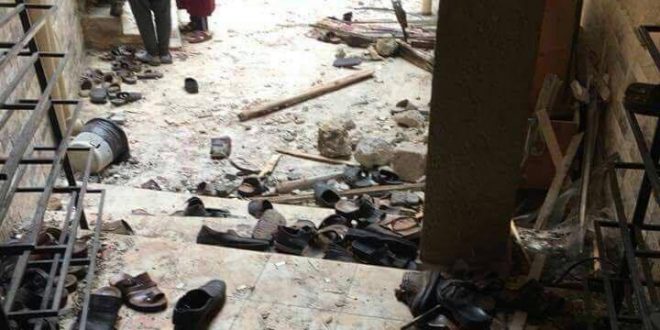 Human Rights Solidarity (HRS) has called on the international community and the United Nations to conduct an independent international thorough investigation into the terrorist bombing that occurred at a mosque in the city of Benghazi on Friday.

The human rights group clarified that the preliminary information indicates that the explosion was the result of an explosive device that was placed inside the mosque.

“This indicates that the perpetrators of this crime had the intention to inflict the greatest harm on the innocent civilians during the Friday Prayer,” the HRS stated.

It attributed the attack to the absence of the rule of law and the proliferation of armed militias, noting that the lack of concern of the local authorities to investigate the killings and bombings that have occurred has greatly contributed to the disruption of the justice authority, and the continuing problem of impunity.

At least two people have been killed and tens others wounded, after an improvised explosive device went off at Saad Ben Obadah mosque in the eastern city of Benghazi last Friday during Friday prayers.