Home / Normal / US President extends US sanctions on Libya 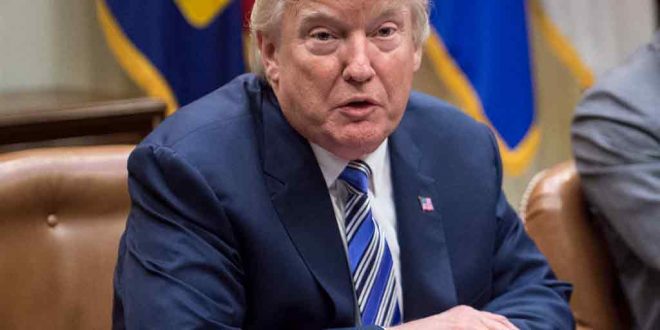 US President extends US sanctions on Libya

US President Donald Trump on Friday extended the state of emergency that imposed unilateral sanctions on Libya, a measure ordered by former President Barack Obama nearly seven years ago.

“The sanctions were put in place to address what Obama considered a threat to U.S. national security posed by longtime Libyan leader Moammar Gaddafi.” The US State Department.

In his order Friday, Trump said Gaddafi’s government and associates took extreme measures against the people of Libya, “including using weapons of war, mercenaries, and wanton violence against unarmed civilians.”

“The foregoing circumstances, the prolonged attacks against civilians, and the increased numbers of Libyans seeking refuge in other countries caused a deterioration in the security of Libya and posed a serious risk to its stability,” Trump said. “The situation in Libya continues to pose an unusual and extraordinary threat to the national security and foreign policy of the United States.” The border added.

Trump said Friday that continued measures are needed to protect diversion of assets or other abuses by members of Gaddafi’s family, their associates and others “hindering Libyan national reconciliation.”

The extension of the sanctions, which were set to expire February 25, are now set to end on the same date in 2019.