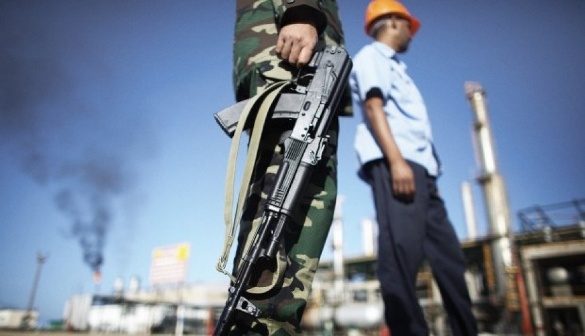 The National Oil Corporation (NOC) has commended the Attorney General’s decision to issue arrest warrants for more than 144 accused fuel smugglers in the western region of Libya.

In its statement, the NOC emphasized its full and continuing support for the Office of the Attorney-General in its efforts to protect the rights of the Libyan people against the actions of criminals and thieves.

Smuggling costs the Libyan economy and the citizens of our country hundreds of millions, and those who participate in such dangerous criminal acts work against the interests of all Libyans and cause suffering in the various cities of our beloved country, it said.

The NOC added that it would continue to provide periodic reports and information on smuggling operations carried out by criminal gangs to the Office of the Attorney General.

It expressed its appreciation of the officials, prosecutors and investigators of the Office of the Procurator General and its head for their extraordinary efforts in bringing criminals to justice.

The NOC said that it was looking forward to the arrest of all who usurped the rights and wealth of the Libyan people, including (former Petroleum Facilities Guard regional leader) Ibrahim Jadran and all those who have been complicit in the support and instigation of the closure of the oil ports.

These arrest warrants, the NOC concluded, are a success at the local and international level and assure everyone that the men of Libya will rebuild it into a modern, law-abiding and prosperous country.