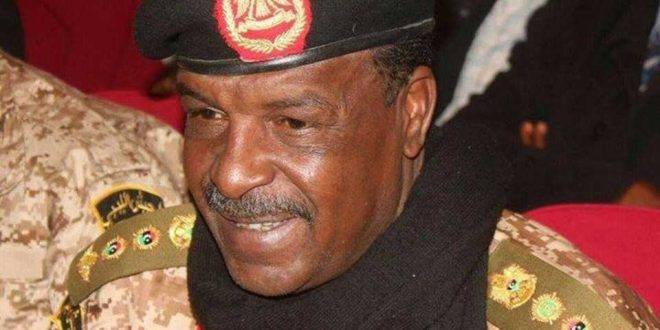 The Libyan self-styled commander of Special Force, Wanis Abu Khamada was dismissed from his post on Thursday and the eastern military governor Abdelrazik Al-Nathori was appointed in his post, according to the general command of Operation Dignity led by Khalifa Haftar.

The decision lacked reasons of the dismissal, but said the aim was to reshuffle the central security operations room in Benghazi.

Wanis Abu Khamada is one of the loyalist military leaders operating alongside Haftar in his alleged war on terror in eastern Libya, especially in Benghazi.