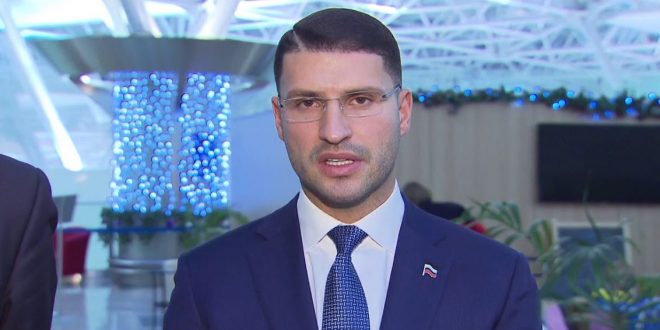 The Head of the Russian contact group on intra-Libyan settlement, Lev Dengov, has revealed that the commander of the self-proclaimed army in eastern Libya, Khalifa Haftar, asked Russia to build a military base in the country’s east, saying the Russian defense ministry has the details of the Libyan request.

Dengov told Egyptian newspaper Youm 7 that the truth about Haftar’s request is all at the defense ministry in Russia, pointing out that he is sure that such a request from Haftar was delivered to the Russian ministry but he knows nothing about whether it was met with approval or rejection.

“Russia is not interested in a military solution in Libya and is in support of the UN envoy to Libya Ghassan Salame because we care about the implementation of the Skhirat-signed agreement.” Dengov further added in an interview issued on Sunday by Youm 7.

He also said his country is abiding by the UN embargo on selling weapons to Libya, underscoring that Russia’s assistance to Libya comes as military consultations that help pave the way for political settlement and added that exporting weapons to one party over the other could add to the chaotic situation in Libya.

“If Libya or the UN requests military aids in fighting terrorism and it was proved that the aids will go that way only, then Russia will help destroy terror.” Dengov remarked, saying that exporting weapons (resuming contracts signed at the time of Gaddafi) to Libya will be resumed after the UN embargo on Libya by the UN is lifted.

“Haftar and Al-Sirraj requested more than once the resumption of the Gaddafi-era arms contracts with Russia.” He confirmed.
Dengov’s statement is the first of its kind and comes as a confirmation that Haftar has requested a military base be built in east Libya by Russia, yet Haftar’s forces and loyalists as well as the so-called general command are still denying the request.

Ahmed Al-Mismari – the spokesman of Haftar’s forces – made sure to go on air Sunday and give a denying statement of the Russian military base request, which was posted by Youm 7.

“Haftar never requested such a military base from Russia.” Al-Mismari said in response to Dengov’s statement.

International Relations and CooperationSecurity ForcesSecurity Situation
All
2018-02-19
asaeid
Previous Eight civilians abducted in southeastern Libya
Next Migration from Libya down but threat of torture, death remains