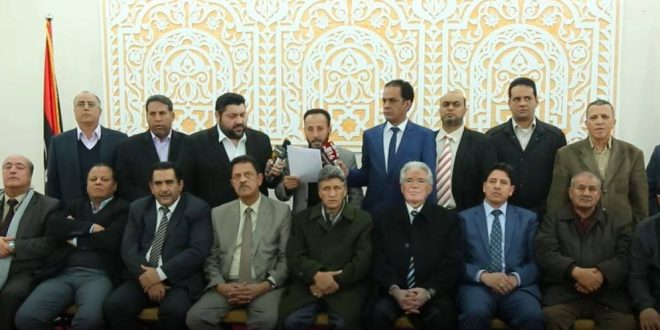 Members of the Libyan Tobruk-based House of Representatives (HoR) rejected Monday the Constitution Drafting Assembly (CDA) calling for the formation of a committee of experts to amend the 1951 Libyan Constitution instead.

The HoR members said in a televised statement that the ruling of the Supreme Court is not valid on the constitution.

“Therefore, we, the deputies, decided not to recognize the constitution drafting assembly,” said 18 HoR members representing eastern Libya, calling on their fellow MPs to introduce a limited amendment to the independence constitution.

The members also refused to issue a referendum law on the draft constitution until a committee of experts is formed to verify the authenticity of the Libyan identity.

The CDA voted last July for a draft constitution and presented it to the HoR for endorsement to for popular referendum.