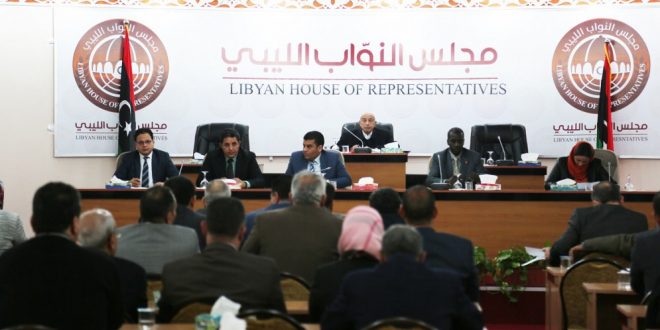 The media advisor to the House of Representatives (HoR) Fathi Al-Miryami said the referendum law for the constitution draft will be issued days later.

Al-Maryami told the press that the referendum law had been sent to the legislative committee of the HoR to look into the remarks regarding the constitution draft.

“After the committee finishes its work, the constitution referendum law will be voted on in a session for the HoR live on TV.” He also added.

The Head of the Constitution Drafting Assembly (CDA) Noah Abdelsayed called on the HoR to take its responsibility and issue a referendum law after the Supreme Court ruled that the administrative judiciary is not specialized in ruling on the constitution issues, thus leading to annulling Al-Bayda Appeals Court’s ruling that said the constitution was void.

Meanwhile, HoR eastern members issued a statement on Monday rejecting the CDA and issuing the referendum law for the constitution draft, knowing that they previously rejected the Supreme Court’s ruling to consider Al-Bayda Appeals Court’s decision as void, saying the ruling issued in Tripoli are politically-driven and operated by militias.

The HoR members also called for moving the High National Elections Commission from Tripoli and denounced what they described as “the systematic marginalization exercised on Cyrenaica region.”