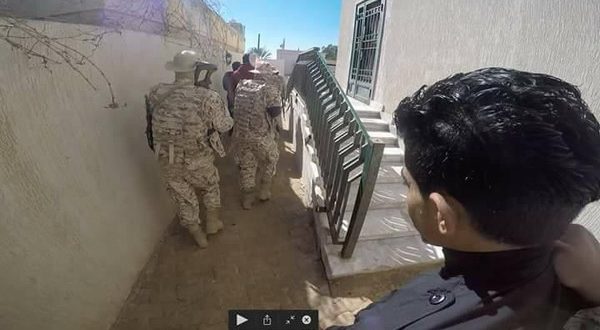 Tripoli-based Special Deterrence Force (SDF) attacked on Wednesday the Sahara Bank in the coastal district of Al-Maya in Wershiffana, some 27 west of Tripoli, and killed commander of the armed group controlling the bank.

The SDF said in a post on Facebook that it raided the bank in the morning and arrested 11 persons involved in robbery and abduction in Wershiffana after exchange of fire with the armed group led by Abu Hamira Jawida, who was killed in the attack.

The sources also said that at least 5 people were wounded, including a woman, who were inside the bank when the attack occurred.

The coastal road that links the western towns with Tripoli was closed due to the tensions.