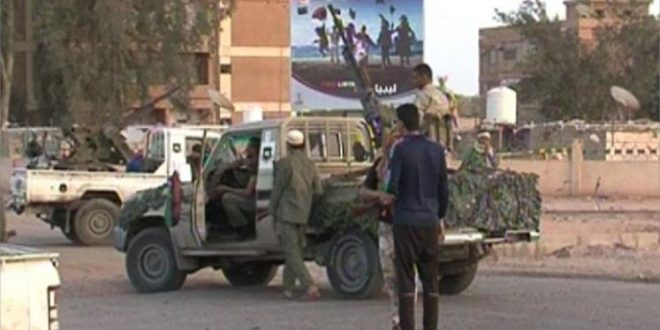 A military zone affiliated to the Government of National Accord (GNA) in Libya’s southern city of Sabha came under attack by foreign armed groups yesterday, the Anadolu Agency reported quoting the city’s mayor, Hamid Al-Khayali.

Al-Khayali said that the GNA military’s Brigade 6 has been dealing with the attack. “The foreign forces’ shells and rockets are still attacking the army’s headquarters in the south,” he added.

On the identity of the foreign forces, Al-Khayali noted that they were waving Chad flags, stressing that they occupied Sabha airport.

The Libyan official pointed out that the foreign forces aim at “invading Sabha and the whole Southern area,” calling the Libyan government to support the army in the south.

Since the overthrow of the longtime Libyan dictator Muammar Gaddafi’s regime in a popular uprising in 2011, Libya has been involved in a power struggle which has led to security chaos. There are currently three governments in the country with Brigadier General Khalifa Haftar heading one in Benghazi, the UN-backed Government of National Accord in Tripoli headed by Prime Minister Fayez Al-Sarraj, and the Tobruk-based government of Abdullah Al-Thinni.