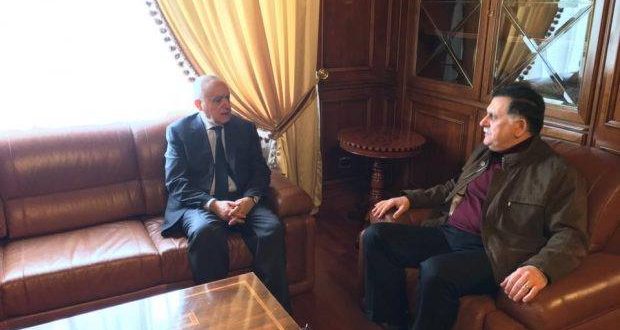 The Head of the UNSMIL, Ghassan Salame, and the Head of the Libyan Presidential Council, Fayez Al-Sirraj, met in Tripoli on Tuesday.
The two officials talked about the latest in the political process and ongoing efforts to issue referendum laws for the constitution and the elections.
According to the media office of Al-Sirraj, Salame hailed the return of the UNSMIL to Tripoli to work from inside Libya after being relocated to Tunis over security issues.
International Relations and Cooperation
Tripoli
2018-02-27
asaeid
Previous Overseas voter registration extended until 12 March
Next Tribal clashes killed over 4 civilians so far in Libya’s south