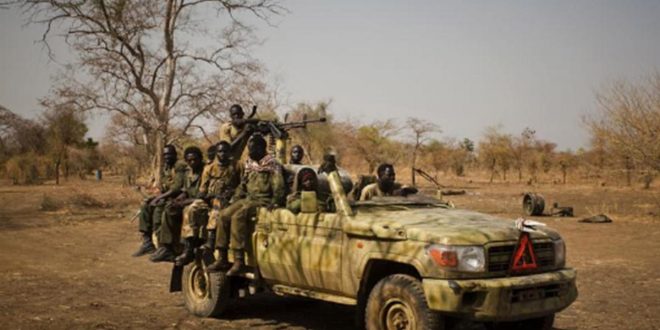 The United Nations has released a report which details how Libyan military strongman Khalifa Haftar has been providing military support for Sudanese rebel groups since his armed forces took control of Al-Jufra and Brak Al-Shati in Libya.

Sudanese mercenaries are also believed to have been fighting alongside Haftar’s forces since 2015.

The report also revealed how “Salafist” groups loyal to Haftar are controlling security apparatuses in Libya as well as religious institutions where they are actively promoting anti-terrorism in order to obtain support from both Haftar and the GNA-backed government in Tripoli headed by Fayez Al-Sarraj.

The UN criticised the Tripoli-based Special Deterrent Force for carrying out “arbitrary detentions of Libyans and foreigners” and the deaths from torture and lack of healthcare inside SDF prisons.

“Dignity Operation forces of Haftar detain people arbitrarily including politicians and journalists using also clandestine locations like schools and farms for the detention. There are also rape cases registered in Kwifeya prsion in Benghazi,” the report added.

The UN also condemned Haftar’s forces for conducting extrajudicial killings in Benghazi, shelling the headquarters of deputy interior minister Faraj Egaiem and his house in Bersis, and displacing over 55,000 people from Benghazi.

The report also listed how there were “foreign air forces” involved in bombing Derna last October and who aided Haftar in bombing the Oil Crescent Region.  The UN also highlighted how the UAE is developing work on the Al-Khadim airbase with Haftar regularly using private UAE jets for his own transportation.

International Relations and CooperationSecurity ForcesSecurity Situation
AllSabha
2018-03-02
asaeid
Previous Is Gaddafi still dispensing largesse from the grave?
Next UN team: UAE is developing its air base in eastern Libya