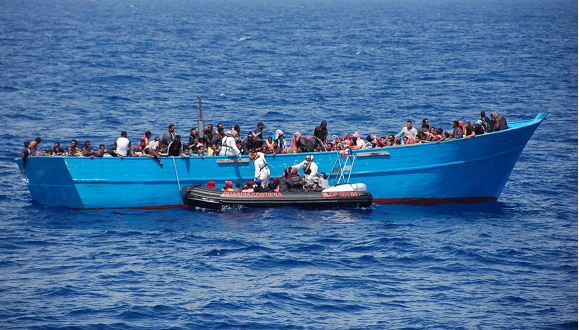 Naval forces affiliated with the National Consensus Government in Libya saved 237 illegal immigrants from death off the Libyan city of Az-Zawiyah late Saturday says the forces in a written statement.

According to the statement 237 illegal immigrants in two inflatable boats – including 44 women and 7 children – were saved from drowning.

They have been provided medical service and humanitarian aid.

Meanwhile it was stated that the majority of the people were from Africa except two, who were from Bangladesh.

Local and international official sources say Libya has immigrants from 24 countries. Ninety five percent of these are Africans, who struggle to arrive in Europe by the Mediterranean Sea.