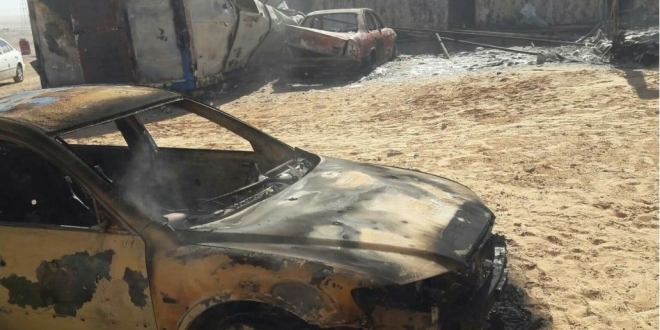 IS terrorists claim bombing that killed three in central Libya

IS (ISIS/ISIL) terrorist group has claimed responsibility for a car bombing at a checkpoint in eastern Libya that killed at least three persons.

A Libyan official said the attack Friday targeted a checkpoint on the outskirts of the town of Ajdabiya manned by the self-styled Libyan National Army, fighters loyal to Khalifa Haftar.

The extremists claimed the attack in a statement released late Saturday.