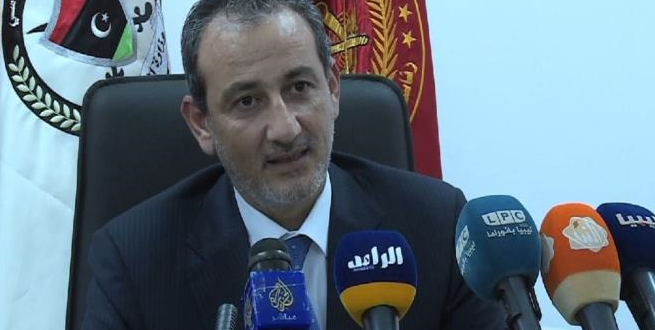 Libyan Defense Minister, Mihdi Al-Barghathi, has urged the deputy head of the Presidential Council Fathi Al-Mijibri to announce the outcome of the investigations into Brak Al-Shaati incident, which found him not guilty of any responsibility – he said.

Al-Barghathi told Al-Mijibri in a letter, circulated on media outlets despite being described as classified, that the investigation found him innocent after over 8 months of the incident.

“Despite announcing this in a meeting for the PC, yet as usual, Fayez Al-Sirraj used his individual approach as chief of staff and head of PC to shelve the outcome despite knowing I am not to blame.” He explained.

He added that Al-Sirraj’s policies paved the way for the “disaster” of Brak Al-Shaati as he abandoned the security force that he ordered to be positioned in Taminhint airbase and ignored Southern parliament members’ initiatives for the issue.

“Al-Sirraj also turned his back on me since day one of me taking office and the PC also abandoned the Petroleum Facilities Guard under Ibrahim Jodran’s control by not abiding by the agreement with them despite the fact that they opened the oil fields and terminals.” Al-Barghathi said.

“Though Jodran-led PFG was not responsible for the shutdown of oil terminals,” he remarked.

He also told Al-Mijibri that he has no trust in Al-Sirraj and “that is why I am directly talking to you because he is deliberately not announcing the results of the investigations, thus allowing one to think that it might as well be true the PC is controlled by foreign agendas.”

The Defense Minister called on the PC members including Al-Mijibri to issue the results of the investigations as it affected him on the personal level, saying he wants to resign and he should be able to hand power without any misconceptions about his post.