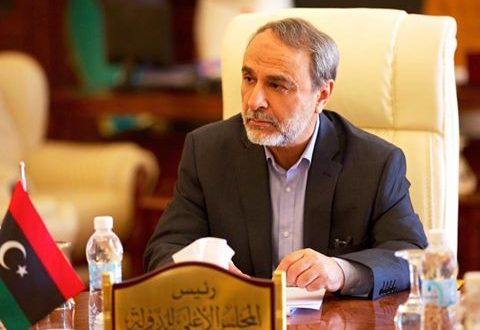 The convoy of the Head of the High Council of State (HCS) Abdelrahman Al-Sweihli was ambushed and came under fire in Guwalish district while en route to visit Yefren town after visiting the city of Gharyan on Wednesday.

The HCS media office said the ambush was done by armed groups, in Thaher Al-Jabal area, loyal to the self-styled army led by Khalifa Haftar.

“Our security personnel in cooperation with the Gharyan security department staffers as well as those of the western military zone helped thwart the attack. The attackers ran away, while two of our security personnel were injured and four Gharyan policemen were kidnapped.” The HCS media office said in a statement.

The HCS Head and delegation went on with their visit destination despite the ambush and thanked the Gharyan, Yefren and western mountain areas’ elders councils for their reception.