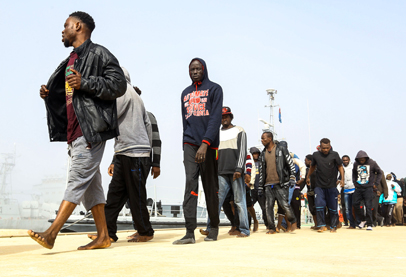 ‘I was sold’: Niger refugee in Tunisia recounts Libya horrors

Human rights groups have criticised a deal between Italy and Libya aimed at curbing migration. They say it has led to even more appalling conditions for people hoping to cross the Mediterranean Sea.

One refugee from Niger has told Al Jazeera he was captured, bought and sold while in Libya, before seeking safety in Tunisia.