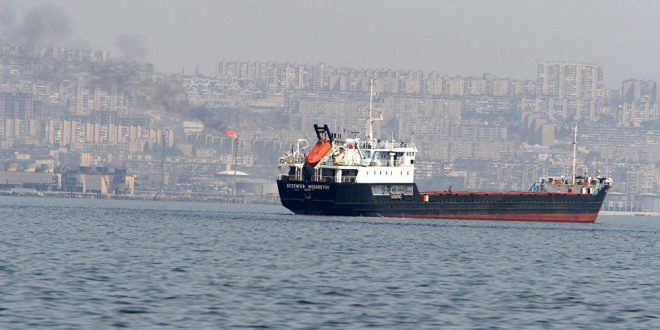 Libya’s navy has seized an oil tanker suspected of illegally loading fuel and arrested its Greek crew, a navy spokesman said on Thursday.

Abu Kamash is the site of one of the oil-rich North African country’s largest petrochemical complexes, west of Tripoli and near the Tunisian border.

The Togolese-registered ship, Lamar, was spotted in Libyan territorial waters “without authorisation… and in a suspicious area where fuel smuggling operations take place,” Kacem said.

“Many ships have been seized in the past in this same area whilst illegally loading fuel,” he said.

The tanker and eight crew members, all Greeks, were taken to a naval base in Tripoli and were waiting to be questioned, he added.

The tanker was carrying about 950,000 litres of fuel when it was “intercepted… then directed to the Tripoli naval base”, Colonel Abouajila Abdel Barri, a coast guard officer, told AFP.

Wracked by chaos since the fall and killing of longtime dictator Muammar Gaddafi in a NATO-backed 2011 uprising, Libya has become a haven for traffickers of everything from oil to people.

The country’s oil wealth, the largest in Africa, has been the focus of bitter disputes as rival militias and governments struggle for power.