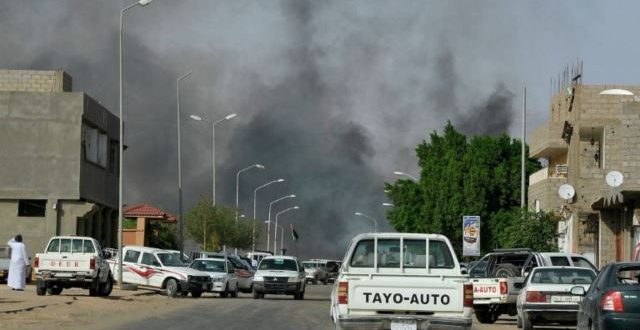 At least 4500 people have been displaced due to the clashes in the southern Libyan city of Sabha, the Assistant Director of the Health Services Department in the city, Salim Bashir, revealed.

Bashir said the IDPs are from more than 300 families and that the Red Crescent Society provided them with assistance and free medical services in its clinics.

Bashir explained that most of the displaced people have taken shelter in Umm Al-Muminin and Abu Bakr Al-Siddiq schools in the neighbourhood of Manshiya and are experiencing difficult humanitarian situations.

He added that a local medical team volunteered to vaccinate the children of the displaced families in cooperation with the School Health Office in the city.

“The medical team also donated blood pressure and diabetes testing equipment and performed more than 200 medical examinations for the displaced people, some of whom require intensive care.” He further said.

Sabha has descended into tribal violence after fierce clashes between Awlad Suleiman tribe represented by the 6th Infantry Brigade and armed groups loyal to Tabu tribe.