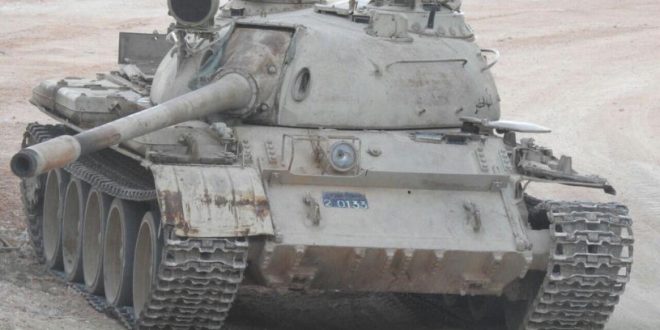 Two fighters from Omar Al-Mukhtar operations room of Khalifa Haftar’s forces were killed and two others were injured as the Derna Shura Council attacked Monday morning the Dignity Operation fighters at Kersa checkpoint in western Derna.

Two days ago, Haftar’s forces shelled the western entrance of Derna heavily and then on Monday morning, Derna Shura Council attacked Haftar’s forces and seized a tank as well as military vehicles with 14.5 and 23 anti-aircraft guns.

“Those military vehicles were used by Haftar’s forces to shell the western districts of Derna damaging the people’s properties.” Derna Shura Council said.

Dignity Operation forces led by Haftar have been besieging the city for quite long and every now and then shell or bomb certain areas, leaving behind civilians’ deaths and injuries as well as damaged properties. On March 04, four civilians were injured in Zintan neighborhood in Derna due to such shelling.

The forces led by Haftar also boosted their military presence around Derna and called on the civilians to lay down their weapons and stay away from “terrorists’ zones” in order to control the city, which is the last eastern city outside Haftar’s grip.

Meanwhile, despite all calls by international and local organizations to stop the siege on Derna and the military escalation there, Haftar’s forces continue to be deployed in preparation of advancing into the city’s neighborhoods.