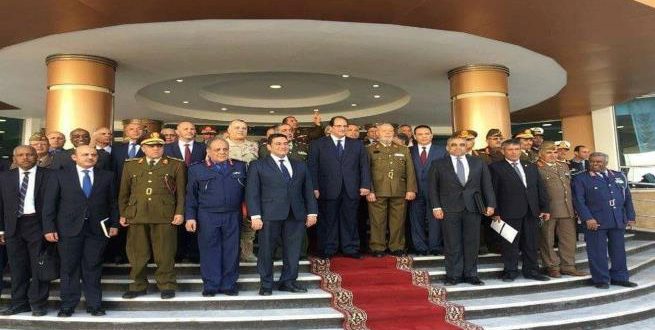 Meetings for uniting the Libyan army in Cairo, Egypt, have been a failure, The New Arab reported military sources from Misrata as saying.

“Al-Bunyan Al-Marsous commanders and leaders of brigades in western Libya threatened to advance on Tripoli and seize it under their control if the Cairo agenda of imposing Haftar as commander of the army persisted.” The New Arab reported.

It explained that Fayez Al-Sirraj received the threats in person and on the phone. They all told him of their rejection of having Haftar as the chief commander of the military as was being prepared for in Cairo meetings.

“Al-Sirraj’s representatives in Cairo meetings and he himself gave in to the pressure as well as to some countries’ pressure (UAE and Egypt) to have Haftar in the lead of the Libyan army in anew reshuffled cabinet with candidates filling the vacancies from both rival bodies in the Libyan crisis.” The sources indicated.

They added that some countries see the unity of the military institution in Libya as the beginning of the end of political conflicts and such a notion “could fulfill Haftar and his allies’ agendas.”

The sources revealed as well that officers from Al-Bunyan Al-Marsous were offered military posts to agree on the outcome of Cairo meetings, which included a new shake-up with Haftar on the top of the institution, but they rejected.

“A meeting will be held in Tripoli in the coming days between Al-Bunyan Al-Marsous officers and western officers with those who represented Al-Sirraj in Cairo so they can explain their visions proposed in Egypt.” The New Arab further added.