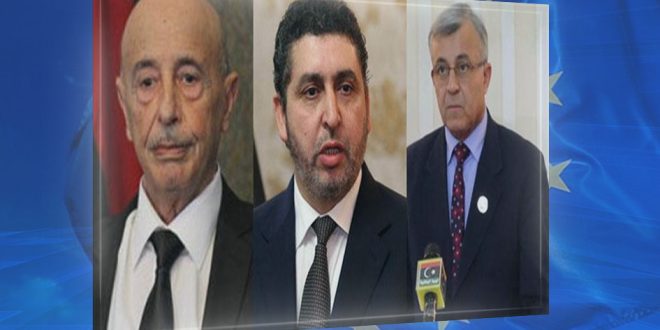 The European Union has extended the sanctions on three Libyan figures for six more months over obstruction of peace process in Libya.

The Head of the General National Congress Nuri Abu Sahmain, the Prime Minister of the Salvation Government, Khalifa Al-Ghwell, and the Speaker of the House of Representatives Aqiulah Saleh, will remain sanctioned by the EU till October this year as per the new extension.

The EU said in a statement on Friday that the sanctions include a travel ban in the EU countries and freezing of assets for those three figures.

It added that the sanctions remain in place as Libya is still in crisis and unstable.