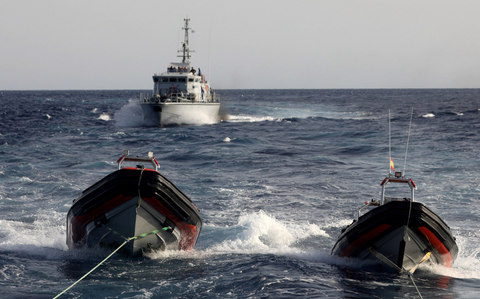 Gerard Canals, operation officer at the NGO Proactiva Open Arms, is not afraid of jail, reported the EUobserver.
Earlier this month, the NGO helped save more than 200 people from drowning in the central Mediterranean.
“I may go to prison but I am not really worried because we did nothing wrong,” he told EUobserver on Tuesday (27 March) in Brussels.
Canals, along with the captain of the NGO rescue ship, as well as the head of the mission, face 15 year prison sentences and millions of euros in fines for their actions, according to the NGO.
The chief prosecutor of Catania, Carmelo Zuccaro, has accused them of trafficking for having refused to hand people rescued over to the Libyans, according to EUobserver.
The Spanish boat had plucked the people, including children, some 73 nautical miles off the Libyan coast, well outside Libyan territorial waters, after receiving a rescue distress signal from the Maritime Rescue Coordination Centre (MRCC) in Rome.
International Relations and CooperationTrafficking and Migration
All
2018-03-27
asaeid
Previous Italian advisor represents Libya in international conference: Libyan dismayed, officials silent
Next Zintan and Misurata cities could settle down four-year long feud