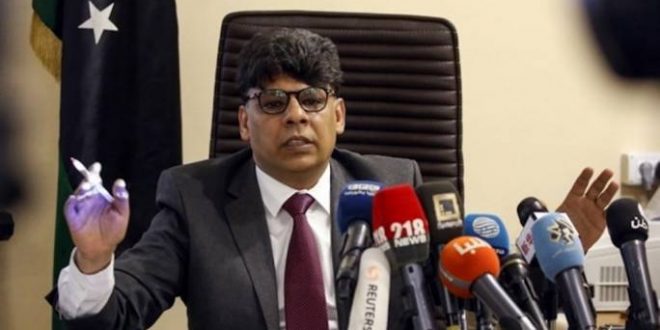 Libya’s head of investigations in the Attorney General’s office has said fuel smuggling is being carried out by a network of organised crime linking Europe to Libya.

Saddik Al-Sour reiterated claims he had already made that Libya’s oil was being smuggled from the Zawia oil refinery where Libya’s fuel is stored, and then through Zuwara, Sabratha and Zawia ports.

Al-Sour said the fuel was being smuggled in connivance with Libyan port authorities and those in control of Zawia oil refinery. “It is smuggled through small fishing vessels to larger carriers further out at sea; and secondly through flexible pipes from fuel trucks onshore to small vessels and thereon to larger vessels further out at sea,” Al-Sour told the Libyan press.

“Local militias guard the smugglers’ fuel trucks in return for anything from 5,000 to 10,000 dinars per truck. These militias are linked to groups in Malta, Italy, Greece, Lebanon and Turkey.”

Al-Sour described the smuggling as systematic, organised criminal activity by Libyan and international criminal smuggling networks of both individuals and companies. He also accused board members of the main fuel distribution companies of being implicated in fuel smuggling and that 60 arrest warrants and travel bans had been issued against them.

He also identified the most powerful smugglers as Fahmi Slim Mousa Ben Khalifa, who was arrested in 2017 shortly before co-conspirator Darren Debono, the former Malta footballer, was arrested on fuel smuggling charges; and his brother Hafed Slim, also known as Al-Idrisi.

“They controlled the fishing port of Zuwara since 2012. They are behind fuel smuggling operations, explained Al-Sour, using fishing vessels to Malta, then on to Italy, Turkey, Spain and Greece.”

Al-Sour accused Maltese smuggling gangs of carrying out smuggling operations twice a month from Libya, in what is costing the strife-torn country €300,000 for each ton of fuel that is smuggled out.

“Smuggling gangs made profits of about one billion Libyan dinars over the last three years,” Al-Sour said, saying oil smuggling was the main factor in the economic difficulties suffered by Libyans in the last few years.

He also said that after 2011 petrol stations across the country increased by 55% to 415, but investigations have shown that these ‘ghost’ outlets exist only on paper and purely for the purpose of smuggling.

JusticeTrafficking and Migration
All
2018-03-28
asaeid
Previous Zintan and Misurata cities could settle down four-year long feud
Next Antiques looted in Libya by ISIS sold in Spain, two experts arrested