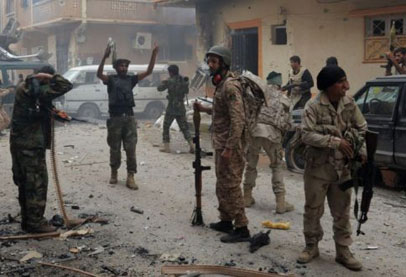 Two fighters were killed and others were injured in clashes in Ganfouda, western Benghazi between armed brigades loyal to Khalif Haftar-led forces.

The fighting broke over a drugs dealer, sources from the city reported.

Sources said the clashes erupted right after the drug dealer was nabbed while trying to sell 30000 Tramadol bills.

“The dealer admitted that he has 35000 other bills and heroine at the brigade’s headquarters in Ganfouda.“ Added the sources.

Ali Thimin Brigade is made up of fighters from Tubu tribes loyal to Haftar’s Dignity Operation.

Meanwhile, Benghazi has been hit by intermittent clashes, knowing that Dignity Operation announced full control of the city in last December after over three years of fighting against Benghazi Shura Council fighters.