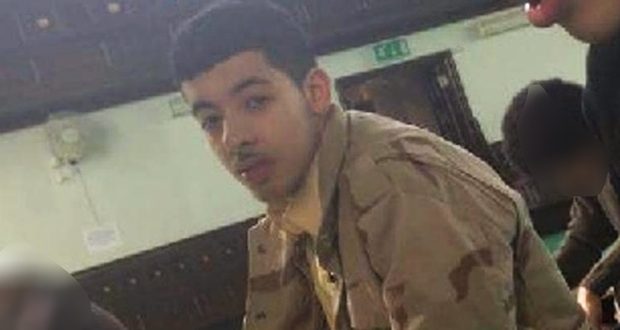 Libyans with close ties to founding members of the Libyan Islamic Fighting Group (LIFG) have denied that the group had links to the family of a British-Libyan man responsible for last year’s Manchester bombing.

Questions over alleged connections between the LIFG and Manchester bomber Salman Abedi were raised on Thursday after the British government admitted for the first time that it had probably engaged with former members of the militant group during the 2011 uprising against former Libyan leader Muammar Gaddafi.

Both Abedi and his father, Ramadan Abedi, are alleged to have fought with the 17 February Martyrs’ Brigade alongside former members of the LIFG and other British-Libyans and Libyans formerly exiled in the UK.

British Foreign Office minister Alistair Burt earlier this week told parliament that it was “likely” that the British government had communications with former members of the LIFG and the 17 February brigade in 2011.

The UK, along with France and the US, provided air support for rebel groups fighting Gaddafi, with NATO personnel coordinating air strikes with fighters on the ground.

But a relative of a founding member of the anti-Gaddafi group, speaking on condition of anonymity, said that suggested links between the Abedi family and the LIFG made “no sense”, and said that reports that Ramadan Abedi had been a member of the LIFG were untrue.

“The linking of Abedi to the LIFG in itself, makes no sense. There was no LIFG during the revolution. Those that went to fight alongside rebels in 2011 and after, went as Libyans and joined ordinary Libyans side by side,” the relative, whose family was exiled to Europe during Gaddafi’s rule, told Middle East Eye.

The relative said that the LIFG, which was once accused of links to al-Qaeda by the US and the UK – allegations the group always rejected – had disbanded by the time of revolt against Gaddafi, but that many former members returned to Libya to join the uprising.

“The fighting in Libya quickly became a power struggle and not an ideological battle. People with various ideological leanings were fighting on the same side against Gaddafi,” the relative said.

Blair’s ‘deal in the desert’

Gaddafi was considered an enemy of the UK in the 1980s and 1990s for reasons including the killing of a British police officer, Yvonne Fletcher, who was shot from inside the Libyan embassy in London during a protest in 1984, and the 1988 bombing of a Pan-Am airliner over Lockerbie, Scotland, in which 259 passengers and crew and 11 people on the ground were killed.

The UK’s MI6 security service was reported to have been involved in a failed LIFG attempt to assassinate Gaddafi in 1996, while many LIFG members were allowed to claim asylum and settle in the UK.

Then-foreign secretary Robin Cook dismissed allegations of British involvement in the assassination plot as “pure fantasy” in 1998, but foreign office officials said: “We have never denied that we knew of plots against Gaddafi.”

But the UK sought to rebuild diplomatic ties with Libya in the aftermath of the 9/11 al-Qaeda attacks in the US in 2001 as Washington and London sought new allies in their ‘war on terror’ against al-Qaeda and other militant groups.

Cooperation between British security services and their Libyan counterparts followed, with MI6 assisting in the rendition in 2004 of two senior LIFG leaders, Abdel Hakim Belhaj and Sami al-Saadi, to Tripoli where they allege they were tortured.

Exiled members of the LIFG in the UK were also placed on control orders – a form of house arrest – and the group was added to a list of proscribed terrorist organisations in 2005.

The listing said that the group was “part of the wider global Islamist extremist movement, as inspired by Al Qaeda”, which sought “to replace the current Libyan regime with a hard-line Islamic state”.

In 2004, British prime minister Tony Blair struck the so-called “deal in the desert” with Gaddafi, which came to symbolise the Libyan leader’s transformation from an international pariah into a western ally.

The agreement was seen as a significant step in bringing Gaddafi in from the cold after years of isolation.

However, in 2011, the UK called on Gaddafi to step down as the uprising against his rule gathered momentum, and then threw its support behind the rebels fighting to overthrow him.

MEE reported last year how Libyan exiles in the UK, including former LIFG members, and British-Libyans were able to return to Libya to join the fight against Gaddafi. Sources told MEE that British security services operated an “open door” policy which even allowed individuals formerly held on control orders to return to their homeland to fight.

Moazzam Begg, a former Guantanamo Bay prisoner and outreach director of human rights group Cage, who visited Libya in 2011, told MEE that the British government’s contacts with former members of the LIFG and other leaders of Libyan rebel groups during the revolution were a “pretty open secret”.

“There is no doubt that the very same people imprisoned and placed under control orders in the UK – based largely on secret evidence provided by Gaddafi regime – later left the UK to become leaders in the war against him,” said Begg.

“I don’t think the British government had any love for the LIFG. After all, Blair’s ‘deal in the desert’ with Gaddafi saw many of their members imprisoned in British jails or placed under virtual house arrest. But, after the ‘Arab spring’ both saw an opportunity for mutual benefit and they took it.”

A Libyan academic and long-time anti-Gaddafi activist, also speaking on condition of anonymity because of security concerns, told MEE that the LIFG was never affiliated with al-Qaeda.

“The group always took the line, ‘We are opponents of Gaddafi, and we want to bring his regime down’. This is an important distinction with al-Qaeda. They never had a problem with the West.”

The academic said that the UK government also “knew very well that they were not al-Qaeda”.

The relative said that British government officials, and those of other western governments which backed the rebels, had inevitably had contact with former LIFG members since many of them held senior positions within the transitional authorities and political factions that emerged after the revolution.

Begg pointed to the example of one former LIFG exile in Birmingham who was placed on a control order in the UK but was subsequently appointed the head of security for visiting foreign dignitaries by Libya’s transitional government.

Belhaj, the former LIFG leader who is still seeking an apology from the British government over its role in his rendition, also became a key figure in Libya’s post-Gaddafi fractured political landscape, leading the Watan Party in Tripoli.

Belhaj was allegedly also sent by the head of Libya’s national transitional council (NTC), the interim government set up in 2011, to meet with the Free Syrian Army Leaders in Turkey.

A military official working with Belhaj said that Mustafa Abduljalil, the interim president, “sent him there to meet with them in Istanbul and on the border with Syria.”

In 2011, Britain’s then-foreign minister William Hague, said that the UK would deal with the NTC “on the same basis as other governments around the world,” and recognise it as the sole representative body for Libya.

In the same year, then-prime minister David Cameron told parliament: “The Libyan Islamic Fighting Group was allied with al-Qaeda. It is not any more and has separated itself from that organisation.”

Origins of the LIFG

“Extremists don’t engage with democracy, but now you can see many [political] parties with former LIFG members in them or leading them, and many engaging in the democratic process,” said the relative.

The LIFG’s origins date back to opposition to a wave of repression orchestrated by Gaddafi in the 1970s when Libyan security forces rounded up hundreds of people, with many political opponents imprisoned or disappeared.

It was founded in secret by student leaders opposed to Gaddafi in the early 1980s, although many members subsequently went to Afghanistan to fight alongside other Arab fighters against the Soviet Union’s occupation.

“Gaddafi put down dissent brutally, focusing in particular on Islamist opposition groups… Those suspected of even the slightest connection with the movement were rounded up, imprisoned and sometimes executed including in public and broadcast on television,” Human Rights Watch said in a 2012 report.

“It is in this context that the LIFG began to organise and set out, from bases both within and outside Libya, to overthrow Gaddafi.”

The relative of one of the LIFG’s founders said that depictions of the group as an “extremist” organisation had largely been driven by Gaddafi’s own characterisation of the group as he sought to de-legitimise its cause.

“The labeling of the LIFG as an extremist group was a political invention. It was founded in response to killings and repression orchestrated by Gaddafi in the 80s and was founded by students.

“Gaddafi painted them as terrorists to gain support from the international community against them,” he said.