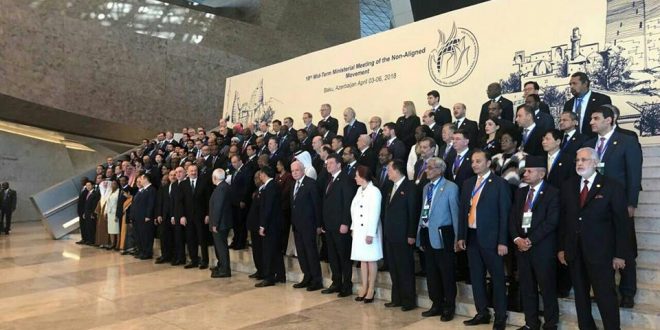 The Foreign Ministers of the Non-Aligned Movement member states emphasized in a summit held in Baku, Azerbaijan, the sovereignty and independence of Libya, calling on all states to refrain from interfering in the internal affairs of Libya, including providing military support to armed groups.

The Libyan Foreign Minister, Mohamed Siyala, insisted in a statement at the Mid-Term Ministerial Conference of the Non-Aligned Movement that there is no military solution to the Libyan crisis, calling on the House of Representatives and the Presidential Council to fulfil their obligations under the political agreement.

The closing statement also praised efforts exerted by the Libyan side in fighting terrorism throughout the country.