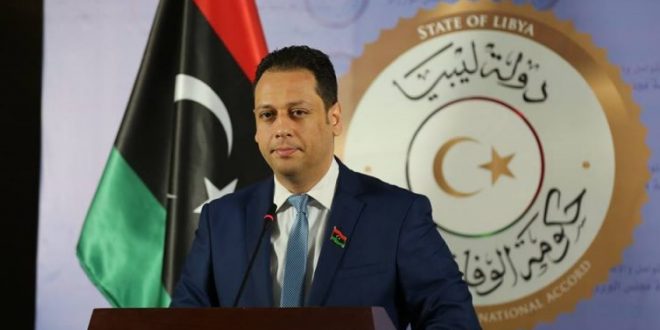 Reporting on the ongoing Nation’s Storm anti-terror operations, the official spokesperson for Presidency Council head Faiez Serraj, Mohamed El-Sallak said that the operation was continuing in its eight-consecutive day.

Speaking at the weekly Monday press conference held at the Media Centre of the Prime Minister’s Office, El-Sallak said that these operations were supported by the Libyan Air Force, and with considerable cooperation from locals.

He asserted that the geographical area of the operation was now completely free of any elements of terrorist organizations and that the operation’s patrols are stationed in the region and are fully securing it.

El-Sallak added that the Anti-Terror Force assures that it has not and will not enter any city or region, and that its tasks are limited to dealing with any potential targets in the area of the valleys and reefs in the suburbs.

Furthermore, during the question and answer session with the media, Sallak confirmed that the operation was conducted by Libyan forces and without any participation of foreign forces. He added that the Presidency Council has been transparent in the past on reporting on the participation of US forces.

It will be recalled that Faiez Serraj, in his role as Commander-in-Chief of the Libyan Armed Forces, had launched an anti-terror military campaign entitled ‘‘Nation’s Storm / National Storm’’ on 2 April.

Serraj heads Libyan forces based in western Libya. He, his Presidency Council and his forces are recognized by the international community. Khalifa Hafter, meanwhile, is commander of the predominantly eastern-based Libyan National Army (LNA).

The Nation’s Storm military operation aims to target ISIL/Daesh terror remnants and dens starting from the 60 km checkpoint east of Misrata and fanning out in a crescent/triangle geographic area south to the outskirts of Bani Walid, Tarhuna, and back towards the coast to the outskirts of Khoms and Zliten.